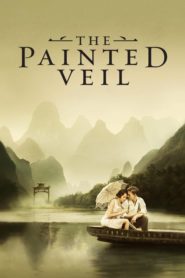 2006 125 min 478 views
A British medical doctor fights a cholera outbreak in a small Chinese village, while also being trapped at home in a loveless marriage to an ...
Romance

The Mummy: Tomb of the Dragon Emperor

The Mummy: Tomb of the Dragon Emperor

2008 112 min 555 views
Archaeologist Rick O’Connell travels to China, pitting him against an emperor from the 2,000-year-old Han dynasty who’s returned from ...
ActionAdventureFantasy