Merata: How Mum Decolonised the Screen

Merata Mita, pioneering Māori filmmaker and international champion of women in indigenous film, is celebrated by her youngest son, archivist Heperi Mita, collaborating with his siblings to deliver a richly personal portrait. This film is an intimate portrayal of pioneering filmmaker Merata Mita told through the eyes of her children. The sudden death of pioneering Māori filmmaker Merata Mita in 2010 led her son on a journey to uncover a story of a mother’s love that changed the landscape of indigenous participation in film forever. Merata worked across the globe and for various respected organisations including the BBC and National Geographic. She directed on Hollywood sets, interviewed Robert Mugabe and followed Louis Farakhan, there was nothing she was afraid of especially if it meant a voice for the voiceless. She was fearless. 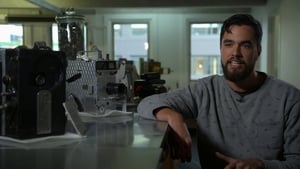 The Most Reluctant Convert: The Untold Story of C.S. Lewis