A modern retelling of a Nusantara fairy tale. In this installment, Timun Mas is a girl born out of a giant cucumber and gifted with strong Indera powers. She is raised by a Loka farmer named Mbak Sarini, who trains her to fight and survive an impending attack. One day, she is forced to leave her home when she learns a menacing giant named Ijo is hunting her. Timun Mas must rely on her bravery, skills and magic to survive, but ultimately they become friends. 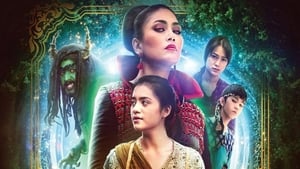