Xinghao Film held the “Xinghao Night” reception in Shanghai, and announced the 2016-2017 film list at the reception. In the film list, there are “The Journey to the West” that continues 7 “Westward Journey Classic Cultural Series Films” “Daughter Country”, there is also a hard science fiction movie “Apocalypse Big Bang” which has been invested over 100 million dollars. 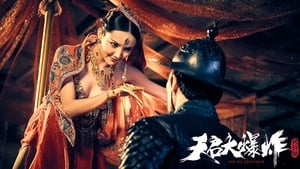